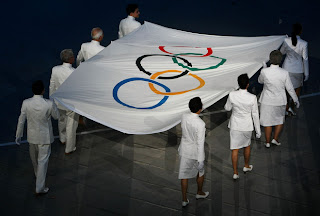 **
NEW ZEALAND weather has become much less stormy Light snowfalls and light winds have been the theme at many resorts
With 3.5 m base, Mt Lyford is probably the snowiest resort in the Southern Hemisphere
A cold southerly moves up the east coast on Friday and Saturday
Snow will fall to low levels but it will not be very heavy A return to a typical winter weather pattern next week Weather systems from the Tasman will bring snow and strong NW winds next week Further snowfalls in store for Australian ski resorts
Last weekend was snowy – Perisher Blue received 35 cm over 24 hours
Resorts in Argentina and Chile saw heavy snow last weekend Wind has affected the snow at some resorts, but the week began mostly fine
Expect fresh snow this weekend at southern resorts More widespread snow in the middle of next week

The Alps
Early this week was very warm and mostly sunny across the glaciers of the Alps. Too warm in fact. In France Val d'Isere has closed for the summer ski season while in Italy the Presena Glacier is also closed due to insufficient snow depth, as is the Stubai glacier in Austria. The other glacier resorts are open for business but as usual at this time of year, early skiing is essential to avoid the wet and heavy afternoon snow. Thursday is cloudier and afternoon showers are probable. Low pressure looks like it will take up residence close to the British Isles for the week ahead but the associated cool NW air does not look likely to have any lasting influence over the Alps. Showers on Thursday and Friday with some snowfall possible in Zermatt but rain showers elsewhere. The weekend looks like it should be generally fine. On Tuesday morning Tignes and Zermatt may see some fresh snow with lower temperatures to follow and scattered light snowfalls for the remainder of the week above about 3000 m.

Although Andean resorts have not been as snowy as they were in 2007, this year has provided another excellent season so far especially at the higher altitude more northern resorts such as the Three Valleys. Thankfully, over the past week snow has settled down to resort level at some of the lower elevation places further south and the good news is that two Pacific depressions will track across the southern Andes (one on Sunday, the next on Tuesday) and should deliver more than 50 cm of fresh snow to many resorts, especially from Termas de Chillan south with the southern lakes region favoured. Confidence in the details and especially the timing are currently quite low but the overall picture of further heavy snowfalls in this area should be robust.
In Argentina, much as forecast last week, things have greatly improved at Cerro Catedral following 50 cm of fresh snow right down to resort level on Tuesday the 5th of August. Although great powder conditions were reported, high winds forced about half of the 40 lifts to close. Unconfirmed reports suggest that this had increased to 1 m by Wednesday. The forecast is for snow showers on Thursday but make the most of the weather window. Cloud increases on Friday and when it starts snowing on Friday night, don't expect it to clear again until Wednesday morning. Initially it may be mild enough for rain rather than snow on the lowest slopes. It looks like the heaviest falls will be on Sunday night and Tuesday night but over the whole period another half a metre of snow can be expected to fall. The end of next week is forecast to be fairly mild so you may have to make the most of what is available on the cloudy days if you want to ski the powder before it becomes heavy. Chapelco also benefited from the heavy snow but on Thursday the lifts were wind affected.
Last week we forecast about 40 cm of snowfall over the weekend at many resorts in Chile. On Monday Chapa Verde was in great shape after receiving half a metre of fresh snow over the weekend. Similarly, about 50 cm of fresh snow fell over the weekend at the Chilean Three Valleys resorts of El Colorado, La Parva and Valle Nevado. Portillo did even better than expected and almost a metre of snow fell over the seven days to Monday and like everywhere else had a sunny start to the new week.


***
Abu Dhabi's National newspaper has reported that a team of 114 German engineers have been laying ground works for what will be by far the biggest indoor snow slope in the world at Jebel Hafeet at 2.6km (1.7 miles) long. That is five times longer than the existing longest indoor slopes in Holland and Germany and six and a half times longer than neighbour Ski Dubai. The full area of the slope will be 337,000 square metres, about ten times the largest indoor slope area at present. Reports say that sections of the slope, although possibly not all, will be indoors, with movable sections to allow different slope configurations. Parts of the slope will also be supported by stilts and there will be an indoor ski jump 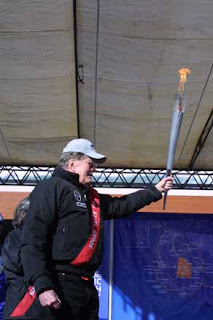 Photo: endlesswintersnow.com Alex Cushing lights Ceremonial torch on the 45th anniversary of the opening of the Winter games