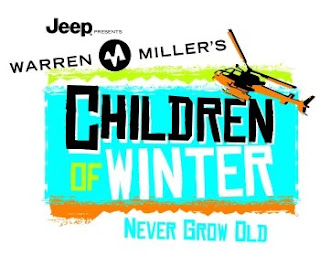 Children of Winter from Warren MIller
Locations: Cordoba Alaska, Austria, Utah, Sun Valley Idaho, Steamboat Colorado,Bend Oregon,Crested Butte,Habuka Japan, Iceland and asegment Dedicated to Billy Poole.
Olympians Seth Wescott and Marco Sullivan escape from their coaches and head for Alaska to rendezvous with co-owners of Points North Heli Adventures, Kevin and Jessica Quinn. The Alaskan scene is vastly different from the slick boardercross and ski racing courses that these competitors are accustomed to. Seth and Marco are inspired by Cordova’s immense terrain and magnificent landscape as they tour the Alaskan shoreline aboard the 98-foot Maritime Maiden in search for, “classic, maritime, AK powder.” The Maid’s helicopter landing pad acts as a liaison between man and mountain, allowing this intrepid crew to access Cordova’s most remote and steepest lines
Daron Rahlves knows Austria from his years racing there on the World Cup. Two years after his retirement from the World Cup race circuit, Rahlves heads back to Austria to explore the mountains wearing, “something other than a one piece suit.” His European gate chasing days behind him, Rahlves rediscovers the Austrian Alps as a big mountain skier. These days, insanely steep lines serve as Daron’s primary competition, and he lets ‘em have it.
Utah set records for snowfall last year. Some Utah ski areas entertained more than 700 inches worth, and Utah locals took full advantage of each and every inch. Although Utah’s ski community is eternally bonded and extremely tight, Jenn Berg proves here that there truly aren’t friends on a powder day... by hiking past Jamie Pierre’s helicopter crew and pinching first tracks in some of the deepest snow ever captured on film

Ten years after winning the Olympic Gold Medal for moguls at the 1998 Winter Games, freeskiing legend Jonny Moseley travels back to Japan with his family. As they drop themselves back into the “carefully orchestrated confusion” of Japanese culture, the wild sake-fuelled dinners take some getting used to; however, Jonny makes himself right at home in the Japanese Alps And you know there is much more rippin' action
www.warrenmiller.com 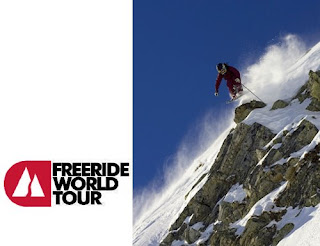