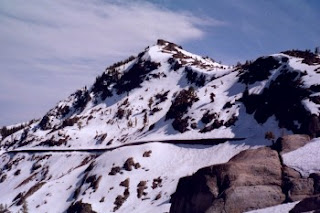 The inaugural FIS Forum Snowboard was held in conjunction with the media day at the Metro Ski and Snowboard Show –allegedly the world’s largest winter sports trade fair–at London Olympia today Wednesday 22nd October. The event focused on appraising the attending media of the novelties in the program of the LG Snowboard FIS World Cup season that launches its European outdoor season with the debut of the FIS World Cup in London and the United Kingdom.

New this season in the LG Snowboard World Cup is the first slopestyle FIS World Cup competition, scheduled in Bardonecchia (ITA) in February 2009. The new rules for the big air are in effect as of the London big air season opening (see article above). “FIS is excited to introduce the slopestyle World Cup this season with one competition, with a total of three to follow next season. The success of slopestyle especially among the future generations in recent years leads us to believe in this event’s success at the highest level,” commented Marcel Looze, FIS Race Director Snowboard.

The FIS Forum Snowboard also highlighted the launch of the first of FIS’s new fan websites focused on the LG Snowboard FIS World Cup, with others to follow. These fan websites focus on telling the complete global story of the FIS World Cup series putting a special focus on featuring the athletes, the champions and stars of the Tour, their personalities, backgrounds and life behind the scenes. Phase 1 of the Snowboard fan site is now online at www.fissnowboardworldcup.com

100 days to go: Val d’Isère 2009 There are now just 100 days remaining until the start of the FIS Alpine World Ski Championships in Val d’Isère (FRA). The organizing committee Val d’Isère 2009 organized a cocktail celebration to mark this important milestone on Tuesday 21st October at the Casino d’Aix-les-Bains. The reception also marked the start of a major communication campaign in the Rhône-Alpes region and finalization of cooperation with the event’s media partners France Télévision, Radio France, le Dauphiné Libéré and Eurosport. Further celebration of the Val d’Isère 2009 - 100 days to go milestone will take place in Sölden (AUT) on the occasion of the start of the Audi FIS Alpine Ski World Cup there this weekend. The FIS Medical Guide for the current season is now available. The Medical Rules and Guidelines 2008 have been thoroughly reviewed and revised by the FIS Medical Committee for this season. It includes notably the revised rules and guidelines for medical and rescue services, among other updated sections. Print copies are available on request

***
Mammoth Mountain
Mammoth Mountain is open for the 2008/09 season and conditions are great out there. Broadway Express and Face Lift Express are both expected to run today and there are some boxes and rails open on Forest Trail. Get ready to call in sick tomorrow cause Mammoth is opening from top to bottom. The Upper Panorama Gondola and Discovery Chair are both expected to run tomorrow afternoon. Lifts are open from 8:30 a.m. to 4 p.m. today servicing a base of 8-14 inches of natural and manmade snow. Special early season ticket prices are:$52 for adults$39 for teens$26 for children and seniors All other services are open in the Main Lodge including Broadway Marketplace, and Rental and Repair shops. Have you seen our new website? Check it out at Mammoth Mountain.com.
http://MammothMountain.com

***
Killington
Join us December 12-14 as we celebrate Killington’s 50th Birthday. To celebrate, we’re offering 1,958 commemorative 50th Birthday medallions valid for two days of skiing and riding the weekend of Dec. 13-14 for only $50. Medallions are available now and are selling like hotcakes! The medallions also include a number of added benefits as well. Plus, we’re planning an entire weekend of events and activities for the entire family!
Ready to Ride the Rails? Our first event of the season, the $15,000 Rails2Riches returns December 6th. The competition is held under the lights with a blazing bonfire and a not-to-be-missed after-party. Rosey and his park crew will butter up the lower slope of Highline for this all-day event with new features for skiers and riders to grind, fly and jib well into the evening finals.
www.killington.com

Let's keep the snow coming by summoning the snow gods at Sierra Resort's legendary Pray for Snow Party at Murphy's Irish Pub on November 13. Bring your best snow call and compete for a Sierra season pass, a new snowboard and gear from Forum and Sessions