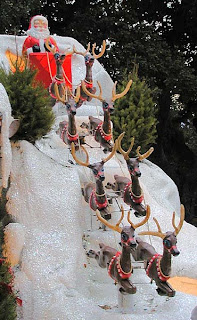 Happy Holidays from Endless Winter Snow . May all your runs be Freshie White

* MT HOOD AREA- Wednesday to Thursday morning: Increasing CONSIDERABLE danger above 5000 feet and MODERATE below. Thursday afternoon and night: Danger decreasing and becoming CONSIDERABLE above 6000 and MODERATE below. SNOWPACK ANALYSIS Only light amounts of new snow accumulated Monday and Tuesday. This should have allowed the snow layers to partly consolidate and slightly stabilize. No avalanches were reported the past 2 days.

The last main weather event was last weekend when moderate amounts of snow were seen along with some very strong northeast to southeast crest level winds. This should have transported snow to lee slopes and created some local slab layers. Another strong easterly winds event was seen about the previous weekend.

The main weather factor lately has been the cold weather. Reports such as on the FOAC web site indicate that this has led to a generally weak snowpack with faceted layers, with some local firmer wind layers sandwiched in as well. Widespread surface hoar frost was reported by the Crystal Mountain ski patrol on Tuesday. This snowpack may cause significant avalanche conditions when loaded by significant snowfall at more normal temperatures this weekend.

Bridger-Teton National Forest Avalanche Center
An Avalanche Warning has been issued by the Bridger-Teton National Forest Avalanche Center from 11pm tonight through 11pm Thursday night: Large destructive avalanches are certain in the backcountry and could impact roadways. The primary hazard will be to people who venture into the backcountry to recreate, however bank slides and roof slides are also a concern in residential areas.

The general avalanche hazard is expected to be High on Christmas day and potentially Extreme in the Southwest Trails/Greys River area depending on the snowfall and wind received there. Large, dangerous slabs three to six feet in depth are expected to release naturally or easily to human triggers above 8000’. The likelihood and size of these natural or human triggered events will increase as snowfall and strong winds continue throughout the day. Travel in avalanche terrain is not recommended 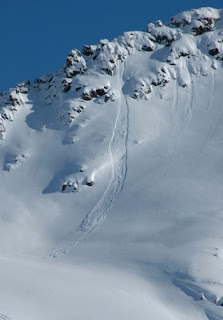 In all regions on south facing slopes below about 2500 m, elsewhere below about 2200 m, full depth snowslides continue to be expected. Glide cracks are indicators of the danger spots.

A word about Avalanches:
The following three factors MUST be present for an avalanche to occur:

2) Snowpack: The snow must be unstable. Mountain snowpacks are a series of layers stacked on top of one another. Some of the layers are hard and strong, some of them are soft and weak. The snowpack is unstable when a harder stronger layer sets on top of a softer weaker layer and the soft weak layer can barely support the hard strong layer above it.

3) Trigger: A trigger provides the stress that causes the weak layer to collapse and the snowpack to avalanche. A triggger could be additional weight from more snow or it could be you.

Kirkwood - Ca
Another 6-8" of snow so far today, another 12-18" expected by Christmas Day morning. We will update this web report no later than 6am Christmas Day, which has all the signs of pure epic conditions. Today, again, unreal. We are now hovering around 10' of new snow in 10 days, continues to be lighter, drier than any previous December we can remember, all lifts are scheduled, a few delays as Ski Patrol does their work, which starts at the first sign of light. We have 100% of the mountain now open www.kirkwood.com 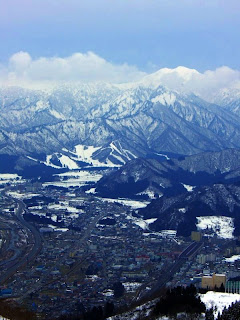 Scott sent this in, Christmas Day ion the slopes of Yuzawa Japan 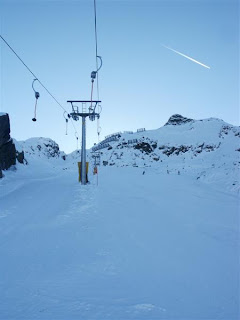