Lake Louise 5 inches New Snow
Mar 11 - Cardboard Box Downhill Derby Join us at Lake Louise Mountain Resort for our fifth annual Cardboard Box Downhill Derby. Show us your fastest, most stylish cardboard box sled and you shall not walk away empty handed!
Fernie
18 inches New Snow Mar 15 - Smith Optics Fernie Freeski Comp. Top freeskiers to compete on the best snow and steeps in Canada. Freeskiers from across Canada and the United States are gearing up for the Smith Optics Fernie Freeski, being held at Fernie Alpine Resort from March 15-19, 2006.
Kimberley
16 inches New Snow Mar 11 - Sitour Snowfest Check out the latest and greatest during these demo and sample days from suppliers such as Aveneo, Halls and Crystal Light. Free samples, games, entertainment and more.
Mar 11-12 - Stemwinder Live Music George Street Revisited
Mar 18-19 - Stemwinder Live Music Check Point Five. Apres ski on Saturday and Sunday. Special evening showing - 8pm-11pm Saturday
Nakiska
11 inches New Snow
Mar 16 - Ladies Only Ski Day A day tailored to ladies. Transportation, 1.5 hours of instruction, and lunch. Please call 232-8477 to register. Mar 18-19 - Discover Days Just a taste! If you are a new skier or rider wondering if you should go for it and give skiing or snowboarding a try, look no further than the Discover Sampler. Regular price $35, available on this weekend for only $20!
more info: RCR 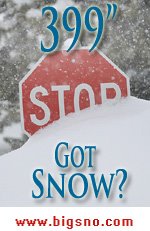 It's been 8 torturous weeks away, but I made it back as of today, and what a great day it is. Sunshine, blue sky, and exceptional snow. Only problem is my orthopedic doc tells me no racing, no bumps, and no powder skiing (drat!) for at least a few days. Basically, I got a prescription to Wally World, but it's skiing and I'll take it.
I leapt on the Gondy shortly after 8 and headed over to Sundown Express making my first turns on Upper High Noon in some of the softest corduroy I've ever been on. What a start. From there, I slid out to Broadway, making first tracks back down to Sundown. Then up and over to Tomahawk where there's about an inch of fresh over the grooming. Looking down Trap, Cub, Buckshot, etc. I saw a bunch of fluff ready for the taking, and my little toe test into Pup was almost more than I could take. Really fine stuff there! I exited Wally World via South Peak, but missed the turn back on to Broadway, just force of habit I guess, and ended up on Westside. Sorry Doc. No problems in the prime 'roy. Now in to write. I guess I'll have to go down via Why Not.
If you're not here, you should be. We had a major powder drop on Saturday night and yesterday and there's plenty of it left. Spring vacations have begun, so we're busy, but never so busy that you can't get a ton of snow riding done without waiting in long lines. Ski and ride with care and have a blast. I'll be back tomorrow.
Steamboat

*****
Sugarloaf
SUGARLOAF, Maine (March 13) - Top U.S. alpine racers, including several of America’s recent Olympians, will close out the season at the 2006 TD Banknorth U.S. Alpine Championships, March 25-29 at Sugarloaf/USA.
Olympic gold medalists Ted Ligety and Julia Mancuso will headline the field along with fellow Olympic teammates including Maine's own three-time Olympian Kirsten Clark. Three-time Olympian Daron Rahlves, the most successful American male downhill and super G racer, will be on hand to defend his U.S. super G title. Also slated to compete is Lindsey Kildow, who posted two top-10 finishes in the Torino Olympics and is ranked second in the world downhill points.

The winter coats and hats were off as we saw another great day of spring skiing here at Sugarloaf. Temps got up into the mid-40s today, and we'll see similar temps tomorrow.
We plan to have 84 trails open, and you can expect a primary surface of wet granular. Forecasts call for temperatures to stay warm overnight, which means the snow should stay soft and there is no need to groom. We also have nine lifts scheduled to run.
Sugarloaf 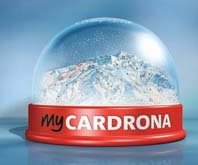 Early Bird Season Pass! With Snowmaking in the main basin, a fourth Kids Centre, the new High Performance Centre, and a third (beginners) Terrain Park Cardrona is pulling out all stops to ensure your season is the best time of the year. For those who haven't purchased a pass, please note the Early Bird Season Pass deadline is this Wednesday 15th March, 2006. cardrona

*****
Val Gardena - Italy
Thanks to the last very intensive snowfalls of 35 cm of fresh snow in the mountains, all the slopes in Val Gardena are in perfect conditions. The Sellaronda is open in both directions.

DolomitiSuperKids: from 18th March to 18th April 2006 “Kids don’t pay!”: from 18th March to 18th April 2006 children under 8 (born after 26th November 1997) are not charged for accommodation and skipass. For youngsters under 12 (born after 26th Nov. 1993) accommodation and skipass are available at half price. In addition, ski schools and ski rentals also offer special reductions. To be able to take advantage of these promotions a few prerequisites have to be fulfilled. The offer is applicable for a maximum of 2 children at a minimum stay of 7 days with children staying in their parents’ room. The offer is valid at all participating establishments in the open Dolomiti Superski resorts