Tux is one floor higher up...in the glistening white of the Ski & Glacier World Zillertal 3000. Because of its healthy altitude up to 3,250 m above sea level, you are assured guaranteed snow here and landscapes as white as nature intended.
New! Eggalm Nord 6 seat chairlift...
Even the ascent in the Glacierbus3, certainly the most spectacular cablecar in the Alps, is an experience. From the new terrace at the highest point of the ski area Hintertux Glacier (3,250 m) the mighty mountains are spread out before you. The breathtaking panorama extends from the Grossglockner, the Ortler group all the way to the Dolomites and the Zugspitze. 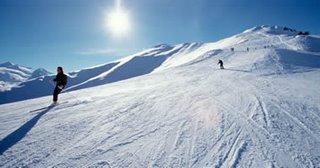 Terms and Conditions:
Available only on southwest.com. 21-day advance purchase required. Purchase through March 9, 2006, midnight Pacific Time. Travel March 28 through August 3, 2006. Available on published service only. Some flights operated by ATA Airlines. Federal tax of up to $3.30 per takeoff and landing, airport taxes of up to $9, and government-imposed September 11th Security Fee of up to $5 one-way not included.
Complete details on southwest.com
Southwest

Snow making investment Cardrona Alpine Resort is investing in snow making and grooming equipment to supplement its large amount of natural snow with man made snow. Approximately $2 million will be invested in snowmaking and state-of-the-art grooming equipment.
Cardrona believes a new standard of snow conditions in Australasia will be set with this investment. Although we have bountiful amounts of natural snow in most years, we have been investigating the extent to which the latest snowmaking technology will ensure our customers have their key trails, rails, jumps and half pipes open at the start of the season.
Macdougalls’ and Captain’s chairlifts, on higher parts of the mountain, receive enough natural snow to operate every day of the season without additional snowmaking. This investment is aimed at the main trails parallel with the Whitestar chairlift and the increasing amounts of snow required for the terrain park and half pipes.
Cardrona Alpine Resort is adding a fourth children’s centre to its already comprehensive family facilities as part of a $4million investment for the 2006 season.
Cardrona

***
Air France
Exciting festivals and events this spring in France
Spring is approaching and France is alive in color, music and festivities. Attend a bullfighting show in the sunny south, savor world-renowned ham from Bayonne or take in soothing jazz tunes in Amiens. In short, live it up! March 9 to April 1, 2006 Amiens (Picardie) Amiens Jazz Festival –...
Air France Holidays brings you "The Mysteries of Da Vinci" Everyone’s counting down to the release of the much anticipated movie based on the bestseller, The Da Vinci Code. Find out how you can get in on the action and visit the sites included in the book and film through this four-night package from Air France Holidays. Package Inclusions:

***
Val d' Isere
Powder. heaps of powder ! 2 metres of snow at the top of the slopes, 1m20 in the village. so much snow, so little time !
And what a snowfall.. light, soft, perfect ! Great skiing conditions ! 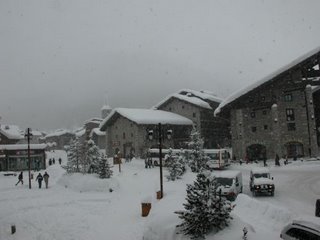 Photo:Val d' Isere pic of the day
- Hotel + skipass all-inclusive package (From March 25th)
Every Thursday from 6pm to 7.30pm, Val d’Isère village is transformed into a pedestrian zone and is animated by a multitude of street entertainments (ice and snow sculpting, hot wine, parades and music) 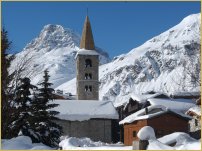 50 Years of World Cup Skiing" the film Présentation of the "Encyclopedia of Skiing" In December 2005, the Val d'Isère "Criterium de la Première Neige" celebrated its 50th anniversary. This film features the greatest anecdotes, personalities and unforgettable moments of the last 50 years of World Cup Skiing in our resort. At the end of the film, Jean Jacques Bompard (author of "Encyclopedia of Skiing") will host a debate on the evolution of skiing. Free entry. 18H00 - Conference Centre
FRIDAY MARCH 11TH Airboard Dual Slalom» The Airboard is a new high-tech winter sports invention. After a quick practice session on Monday, try out the dual slalom race. Race starts at 18H00 Savonnette nursery slope
We look forward to welcoming you to our village resort.
Val d’Isere is to host the FIS 2009 World Alpine Skiing Championships