More than a foot of fresh snow in the past week marks the start of the peak of the season with the best skiing and riding yet. And it only gets better from here. March is our snowiest month of the season by far and things are looking good for this year. Great snow is only the beginning of what Sugarloaf has on deck for the month of March on and off the slopes.
We've got the entire U.S. Ski Team, including Gold Medalists Ted Ligety and Julia Mancuso, competing for national titles, two terrific St. Patrick's Day
March 25-29 U.S. Alpine Championships 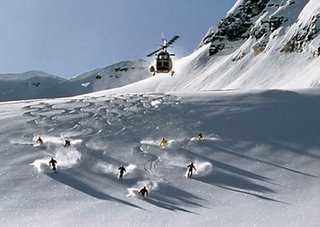 rk now has a 35-year history in the Purcells. rk's ski guides are highly experienced and certified by the Association of Canadian Mountain Guides, or equivalent, which is an internationally recognized certification. Panorama Resort

***
Sugar Bowl
Break out your fat skis and long boards because you are going to need them today. In the past 12 hours we have received 12-15 inches of the fresh light white stuff that we all love to play in! Our 24-hour snow total is now at 15-25 inches! Get up here and earn bragging right for first chair! Today adults, young adults and seniors ski for $46. Children 6-12 are $15. Kids 5 and under ski for free! The National Weather Service Forecast is calling for snow through out the day with accumulations of 4-5 inches at Lake level and 8-12 inches above 7000 feet! Winds around 10-20MPH from the SW and stronger gusts over the ridges.

This Season Get More with Sugar Bowl! Sugar Bowl's new improvements this year include a 14,000 square foot addition to the Mount Judah lodge and a fifth high speed quad. Add 1500 acres of incredible terrain, sierra's deepest snow pack and a non-holiday lift ticket price of $46.
Long known for its rich history and deep powder, Sugar Bowl is the true essence of the wild west. From the legendary Donner party expedition, to the hearty present day residents, Donner Summit embodies the pioneer spirit of this region’s beautifully rugged terrain. Sugar Bowl is one of the oldest and most interesting ski resorts in the West and it owes its enduring appeal to the visionaries that built this special place

***
Killington
The Sports Illustarted Next Snow SEARCH Finals kicks off Friday at Bear Mountain! This event is a culmination of a nationwide search for the best skiers and riders ages 9-13 years old. Over 100 athletes will compete in on the snow activities that include moguls, slopestyle, carving, gates and superpipe. Lindsay will be here Saturday, check it out on Killington's website
At Killington we are skiing and riding on the most open terrain served by the most lifts in the East. We currently have 85% of our total terrain open and are continuing to expand on a daily basis. Mountain Ops will have 78 trails groomed for Friday
Snow is likely for Friday afternoon... Sunshine and blue skies in the morning will turn to scattered snow showers later on in the day. Temperatures will be great for snowmaking and we will continue our expansion Friday. But remember to layer up before you hit the slopes, it will be chilly at the Peak

Our seven peaks are big, the highest lift serviced skiing in New England in fact, and greatest vertical in New England at 3,050', but they aren't just for the experts in your crowd. Sure we've got 200 trails that include knee-buckling bump runs, breath-grabbing steeps and cruisers, and favorites like Downdraft, Ovation, and of course Outer Limits, the steepest mogul slope in New England. Killington

The FranceGuide 2006 Travel Planner The Maison de la France/French Government Tourist Office annual travel planner called FranceGuide 2006 is now available free of charge. This year’s fun-filled 96-page magazine offers Americans planning a trip to France some insight into all of the special celebrations taking place in 2006
Exciting festivals and events this spring in France Spring is approaching and France is alive in color, music and festivities. Attend a bullfighting show in the sunny south, savor world-renowned ham from Bayonne or take in soothing jazz tunes in Amiens. In short, live it up! March 9 to April 1, 2006 Amiens (Picardie) Amiens Jazz Festival –...
Air France Holidays brings you "The Mysteries of Da Vinci" Everyone’s counting down to the release of the much anticipated movie based on the bestseller, The Da Vinci Code. Find out how you can get in on the action and visit the sites included in the book and film through this four-night package from Air France Holidays. Package Inclusions
Stay in the Loire Valley's Touraine for 50% off! Special springtime offer Touraine hotels are offering 1,000 rooms at 50% off, valid weekends in March and the first weekend in April. From one to four-star establishments, see what’s in store and get booking now at www.plusdetouraine.com Da Vinci’s
France Guide

***
Steamboat
STEAMBOAT SPRINGS, CO-March 2, 2006-The overall Grand Prize Winner of the 2006 Steamboat SlopeWise Safety Poster Contest as well as the First, Second and Third Place winners were recently announced during presentations this week by Michele Baxter, a member of the Steamboat Ski Area’s Ski Patrol and the safety poster contest coordinator.Students submitted a poster depicting their favorite aspect of the SlopeWise safety program or the Responsibility Code. The primary goal of the program is to generate awareness of skiing and riding in a safe manner to children while making the learning process fun. 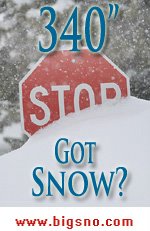 Here in Steamboat, we have the driest and fluffiest snow in the world. It’s so different, we coined the phrase Champagne Powder®. In fact, meteorologists have measured Steamboat’s Champagne Powder® as having 70% less moisture content than average snow. If you have a hard time believing it, visit us in Steamboat and get a taste for yourself. Whether you’re stepping foot into a local pub, one of our charming boutiques, or stepping off the gondola, the reception is the same – warm. But the down home genuine friendliness is only half the reason people choose to vacation here. Nestled 7,000 feet up in the Colorado Rockies, Steamboat is one of North America’s largest ski mountains. With 164 trails, 3600 vertical feet, and nearly 3,000 skiable acres, its six peaks are filled with world-class groomed cruisers, bumps, steeps, open meadows, legendary tree skiing, and Mavericks, North America’s longest superpipe.
Coming Up
NCAA Skiing Championships Coming to Steamboat - March 6-8, 2006 This championship is the equivalent of the final 4 in basketball as 35 men and women from schools across the nation compete in cross country and alpine ski racing. Come out and watch the GS and slalom on Concentration and classic and freestyle cross country at Howelsen Hill. Opening ceremonies will be Tuesday night in gondola plaza.
-St. Patrick's Day Torchlight Parade & Fireworks - March 17, 2006 -Maverick's Superpipe Challenge - March 18, 2006 -Jimmy Heuga Team up for MS - Vertical Express - March 19, 2006 -Bud Light Rocks the Boat - You won't believe this season's Free Concert lineup in Gondola Square at the base of the ski area! Concerts begin at 3:00pm.
Steamboat