Whistler Blackcomb
While the abundance of snow in the alpine sits ready for glacier skiing June 5 to July 30, the sun has been out in full affect lately - summer is here. With new Bike Park features to conquer and new hiking scrambles to explore on the peak, Whistler Blackcomb has plenty of adventure brewing for this summer.
The sun is shining, the lakes are warm, it's the perfect time to ... go skiing and riding. The Blackcomb Glacier lets you experience the best of both worlds - work on your tan and get your ski/ride fix at the same time.
NEW this summer: a public half pipe will be added to the existing boxes and rails.
Glacier Passes are now on sale. Early Bird (until June 11): $299. Regular Summer Season: $349 Don't forget, Season Passholders ski/ride for FREE until June 18. Passholders can then buy a Glacier Pass for only $199 and keep cruising to July 30.
EDGE Cardholders Glacier Pass rates - Early Bird (until June 11): $224.25. Regular Summer Season: $261.75
Season Passholders and EDGE Cardholders receive 25% off a Glacier day ticket all summer. Between June 5 -18: Bring A Friend for only $29.
The summer glacier experience is recommended for intermediate to advanced skiers and riders and offers a perfect opportunity to improve your park and bump skills
Glacier Camps 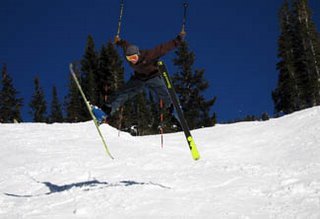 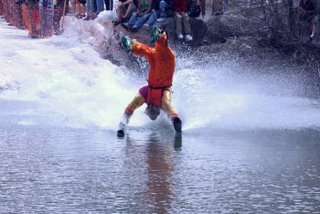 ***
Norway's Stryn Summer Ski area on the Tystigen glacier near Jostedalsbreen Nationalpark opens on the 25th of May.

Last year's snow record made sure to left snow at the glacier at the end of the season, the first time this has happened in many years, and creating a solid base for the snow that came this winter. Unfortunately that snow was a little less that normal although falls picked up in April.

Since the the 1940's people have enjoyed summer skiing here at Stryn. There's a terrain park, ski slopes, and cross country tracks located 1600m above sea level with slopes up to 1900m and a full programme of events.

Stryn Summerski added new lifts in the 80s and 90s, currently operating as chair and T-bar. The terrain park is the main attraction and has several jumps and rails, and the centre aims to expand and improve the park each year. Famous fans on the area include Alberto Tomba and Andrè Aamodt. Today the elite of snowboarders and jibbers come to Stryn to take part in events, competitions and photo shoots..

The area is beautiful, the region offers an exceptional variety of scenery ranging from dramatic tall mountains, lush valleys, deep green lakes, blue glacier arms and large glacier plateaus. To reach the centre drive along The Old Strynefjellet Mountain Road; the road has status as a National Tourist road. The 26km long road is over a hundred years old and was originally created by hand. Road builders initially threw gravel and sand on the snow to enhance the sun melting it, after that 200 men used shovels to clear the road.

After the opening weekend the first event on June 2nd to 5th is for Norwegian Geriatric Snowboarders, followed by the Stryn Freeline Jam on the 10th and 11th. This is the only Freeride Competition slated for the European summer, and all the best freeriders in Scaninavia compete here. Then there are non-stop events through the remainder of June and July.

From the 22nd to 25th June Burton Glory Daze of Summer is the first competition of its kind in Northern Europe - a surf/skate/snow invitational where 16 of the best snowboarders and skaters will, in a chill atmosphere, compete in the three essentials board sports.

The winner gets to spin around on his brand new Bombardier DS ATV, number two will be the proud owner of a limited edition Surftech longboard and number three wins a Surftech Kelly Slater signature short-board.

***
New Chair For Jackson Hole
Following approval by the US Forest Service, Jackson Hole resort in Wyoming will construct their new East Ridge double chairlift this summer. The lift will take skiers and snowboarders to the summit of the resort next winter and until such time as a permanent replacement for the resot's famous tram is installed. The ride will be approximately five minutes and rise 600 vertical feet (180 vertical metres) from the top of the Sublette Chairlift to the top of Rendezvous Mountain. The new East Ridge Chair, manufactured by Doppelmayer CTEC, will be capable of being moved and utilized elsewhere on the mountain in the future pending Forest Service approval. Next winter therefore skiers and riders will be able to access the resort's summit, the infamous Corbet's Couloir when open and backcountry gates via the Bridger Gondola and a series of chairlifts including the new East Ridge. The Bridger Gondola and Thunder Chair will both have increased capacity with 18 more cabins and 16 more chairs added respectively. From the base, the gondola will now offer an uphill capacity of 2400 skiers per hour (compared to 1800 currently), this 600 skiers per hour increase alone will be double the uphill capacity per hour of the tram.
Meanhile Jackson Hole's tram replacement plans continue on track for a decision this summer. Currently the resort is expecting to install either a replacement aerial tramway or a bi-cable gondola, alo known as a funitel. From research it appears that, subject to financing, construction could be completed over two summer seasons with an opening in winter 2008/09.
Patrick Throne
snow365
Jackson Hole 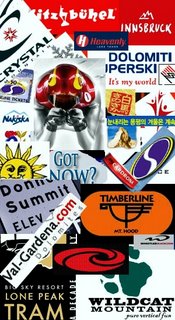