***
Kirkwood
Storm Snowfall Total over 60 inches! View our Live Web Cam! Kirkwood received an additional 12-16 inches in the last 24 hours and the skies have cleared for what appears to be a classic bluebird powder day. Now is the time to use those vacation days you've been saving and sneak away for a few epic days at Kirkwood! Stay updated on roads and conditions at
www.kirkwood.com.


***
Durango Mountian
DURANGO INDEPENDENT FILM FESTIVAL The Durango Independent Film Festival is committed to film literacy and being a welcoming, intimate and unique film organization that screens global, innovative and diverse films that connect independent filmmakers, their artistic process, and their vision to the community. The festival begins Wednesday, February 27 www.durangomountian.com


WEATHERSFIELD, Vt. - Internationally recognized ski and travel journalist Paul Robbins, a wordsmith and historian for the U.S. Ski Team for 30 years, died Saturday at his home in Vermont. Robbins, whose wit, humor and vast knowledge was legendary, was 68. He died of an apparent heart attack while working on weekend news stories in his home.

Always recognized by his Scottish tam, Robbins found a niche in writing about ski racing in the late '70s. His work appeared in countless magazines including Skiing, SKI, Ski Racing and more. He had been a primary writer for the U.S. Ski Team for over two decades.

"Paul was an integral part of our sports for three decades, telling the world the story of our great athletes," said U.S. Ski and Snowboard Association President and CEO Bill Marolt. "His vast knowledge and quick wit helped him make friends for our sport worldwide and to elevate awareness of ski racing."

Robbins was introduced to competitive skiing in the late '70s when he was invited by entrepreneur Tony Wise to help publicize the World Cup cross country ski races at the Telemark Lodge in northern Wisconsin. That began a 30 year career covering all facets of ski racing for the U.S. Ski Team, Ski Racing Magazine and countless other publications. He was widely acclaimed as one of the most knowledgeable experts on ski competition in the world.

He became a correspondent with the Team in the early '80s, traveling for many years on the international circuit with the nordic teams. He also served as public relations director for the Team in 1986 and became a full-time correspondent in 1988. His work grew to cover all ski sports, plus snowboarding.

A familiar face in press rooms worldwide, Robbins worked at eight Olympic Winter Games -- every one since the 1980 Lake Placid Olympics where he served as press chief for luge. At subsequent Olympics he served as a press officer for the U.S. Ski Team, as well as an expert commentator for nordic sports for CBS and NBC.

"We have all lost a true friend and vast encyclopedia of sport knowledge," said USSA Vice President of Communications Tom Kelly, who first introduced Robbins to the sport at Telemark in 1979. "Paul started his career with us in cross country skiing. And while he branched out to other sports, he was always most excited to see the progress of nordic skiers. It was tremendously exciting for him to write about wins by Kikkan Randall and Bill Demong.

"Most of all, Paul was a friend to everyone," added Kelly. "He brightened every room he entered. He brought joy to those around him and he made millions of new fans worldwide for our sport through his ability to help athletes tell their story through his light-hearted and knowledgeable questions."

One of Robbins' final projects was moderation of a national media teleconference the day before his death with newly crowned World Cup downhill champion Lindsey Vonn. Robbins strategized to have two-time World Cup champion, and Olympic gold medalist, Picabo Street join the call to surprise Vonn and provide an even more enticing story for journalists.

"This is such a shock to me," said Street. "Paul and I spent a lot of time talking the last few days. He told me after that call that having Lindsey and I on together was one of the highlights of his life. He did such a good job for our sport and I will deeply miss him."

Robbins is survived by his wife of 18 years, Kathe. He was a native of New Jersey and alumnus of Holy Cross who later moved to Vermont. A military veteran who served as an information officer in Korea in the early '60s, he later worked for United Press International in Boston as New England bureau chief and as public relations director for Sheraton Hotels in the Pacific in Honolulu. He was also a longtime member of the Society of American Travel Writers. One of his sons, David (DC), now works in sport production for Echo Entertainment, which produces all of USSA's television programming.

A memorial service in Vermont will be coordinated by the U.S. Ski Team and his local friends for a date in late spring.

Donations to the Team in Paul Robbins' name may be made to the U.S. Ski and Snowboard Team Foundation, Box 100, Park City, UT 84060. Or, friends are welcome to contribute to a local charity of their choice, as Paul and Kathe often did. 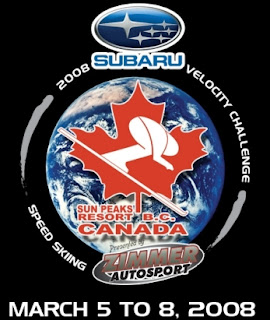 Jen Ashton of Whistler, BC, showcased her classic powerhouse form through the finals and super finals to dominate the women’s field. This approach kept her on the top of the women’s podium with a final score of 93.00. Colby Adams of Breckenridge, CO, finished second with 89.00 points, and Hannah Whitney of Alta, UT rounded out the podium with 79.25 points.

“I was really nervous this morning,” Ashton reflected. “I tried to keep my focus on how fun this was going to be, not how daunting the course was…there are so many exposures on this venue, from huge rocks to tree roots, not to mention how outright steep it is. I just tried to put the demons out of my mind and focus on keeping it fun.”

With CBMR’s natural amphitheater at the base of the venue packed with roaring spectators, the men’s field got underway with finals action that included 30 of the best in the world putting it all on the line.

Coming into today’s finals in the hot seat, Dane Tudor of Red Mountain, BC, gave no slack on his lead, flawlessly skiing through a chain of waterfall leaps, before blowing the crowd away with a massive launch across ‘Gary’s Gap’, a terrain feature never before successfully landed in competition. Hot on his heels, the world class field of athletes pushed each other to the limit, skiing seemingly impossible lines with aggressiveness and style.

“This is just simply unbelievable skiing, there is no other way to put it,” exclaimed Eric “H” Baumm, USEFC Event Director. “The bar just keeps getting raised higher with these guys, and to have this much snow to work with just means they keep going bigger and better every run.”

The super finals kept everyone’s eyes glued skyward as the exclusive group of 10 final men’s competitors took center stage. Today’s undisputed Sick Bird Award winner, Kiffor Berg (Aspen, CO) sent a shockwave through the crowd in his Super Finals run, after lining up to an 80+ foot drop, smirking at his skis, and dropping in for the long flight, skiing away to the delight of every witness.

Ultimately, it was Brett Crabtree of Whistler, BC’s clean skiing and perfect landings which earned him one of the most coveted titles in freeskiing, taking the title with 112 points. Cliff Bennett of Snowbird, UT, claimed second place with 110.99 points, and Dane Tudor of Whistler, BC, finished third with 110.75 points

“I just kept it straight-up,” said Crabtree. “I wanted to stick my landings with no room for second-guessing. I felt so solid all day, just on it.”

The North Face Young Gun award, which rewards a single under 21-year-old competitor who shined throughout the competition, was awarded twice at the 2008 USEFC. The first went to Dane Tudor with the second going to Colby Adams, both only 18 years old, and both taking second place respectively.

Nancy Elrod of Squaw Valley, CA, took top honors in the women’s Masters category with 66.58 points, followed by Michelle Keener of Big Sky, MT, in second with 62.15, and Teri Siebert of Vail, CO, in third with 44.48 points. The men’s Masters was led by Scott Kennett of Telluride, CO, with 83.83 points, Marc Schllhorn of Crested Butte, CO, in second with 77.5, and Tim Naylor of Taos, NM, in third with 70.33 total points.

MSI will broadcast same-day video webcast starting at 7pm MST tonight on the newly redesigned and recently launched www.usfreeskiing.com which features state of the art video and photo player technology. The daily uploads of video, photos, news and results of each day’s competition action will be available after each day concludes.

***
Sugarloaf Nature Valley US Alpine Championships
Make your plans now to be here March 22-26, as the US Alpine Championships return to Sugarloaf, presented by Nature Valley. Come watch as the Nation's top ski racers fly down the Narrow Gauge trail at speeds topping 80 mph. Events will include a parade of athletes, daily award ceremonies, and an autograph session, and the spectator friendly course will get you right on top of all the action.
Ski Industry Week
3/31/08 - 4/3/08