You're invited to the Mountain Monster Mash at the Peak of Vancouver. Join us on Wednesday, October 31st between 6pm and 1am in Altitudes Bistro for a Halloween celebration. Enjoy live DJs Jonny D'Erico, Ck Slo, and vocalist Pearl Miller for an evening of great music, a pumpkin carving contest, and seasonal food and drink specials.

Costumes are not just encouraged, but rewarded. There are prizes for scariest, ugliest, most original and overall best costumes of the evening.

Non-passholders are eligible for a $15 General Admission rate after 4pm which includes Skyride admission, pumpkin carving and the evening's celebration. All 2007/08 snow passes are now active and passholders have complimentary admission to this event.


***
Mt Hood Meadows
LOOKING FOR THE MOST COMPLETE SEASON PASS COLLECTION
Assemble your collection of Meadows picture passes from previous seasons and win a season pass for our anniversary season, and an invitation for two to attend the 40th Anniversary Gala Dinner in Portland in January. Entries must be presented either at Mt. Hood Meadows or the Clackamas Sales Office by November 1, 2007.

GET YOUR PICTURE AT THE PORTLAND SKIFEVER & SNOWBOARD SHOW!
November 2 - 4 at the Portland Expo Center - print out this eNewsletter and use the coupon below to save $2 at the door! 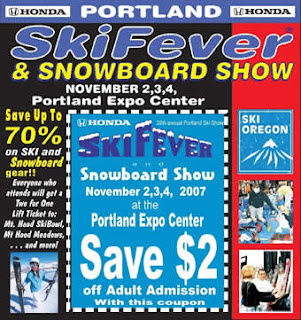 GROUP SEASON PASS DEALS END NOVEMBER 4! SAVE UP TO 50% ON UNLIMITED PASSES!

The Austrian Rail is one of the most enjoyable and convenient ways to explore Austria. With the extensive rail network you can not only connect between big cities - it also gives you the opportunity to visit UNESCO World Heritage Sites in scenic rural locations like the "Semmering Railway", which was the first standard gauge mountain railway in Europe, inaugurated in 1854. Or the "Wachau" valley - an over 19 miles long landscape jewel, located about 50 miles west of Vienna along the blue Danube

With an area of 83.858 sq km Austria consists of 9 independent federal states (Burgenland, Carinthia, Lower Austria, Upper Austria, Salzburg, Styria, Tyrol, Vorarlberg and Vienna) with their own provincial governments. The federal legislation is exercised by the national council (Nationalrat) together with the Upper House of Parliament (Bundesrat) – the two chambers of Parliament. Austria is a member of the European Union, the United Nations as well as most UN organizations 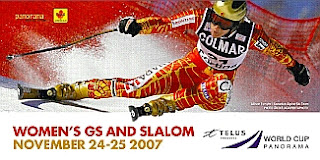 Volunteer for the Panorama World Cup. You'll be part of this world-class event and you'll earn credit towards participation in the 2010 Winter Olympic Games.

Come see the premier of the exclusive Stevens Pass snowboard video ‘That’s Nice.’ Sam Kuhn and Steven Kilzer, local Stevens’ shreds, spent all last year filming and pillaging powder with their friends. Come to the premier, leave with the movie! Stay Tuned to www.stevenspass.com for premiere dates and locations to be announced next week!
www.stevenspass.com 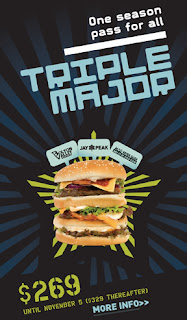 BEIJING 2008: The Final Countdown Almost all venues are completed. Volunteer recruitment is underway. Tickets are on sale around the world. The Beijing 2008 Olympic Games are now just over one year away. Excitement Mounts www.olympic.org
SUPPORT THE OLYMPICS