***
Stevens Pass -Wa
Celebrate the final weekend of operation for the 07/08 season with our annual Spring Festival. Come watch people attempt pond skimming as well as the crowd favorite, Dummy Downhill
The ending date for a season is a business decision ...


The ending date for a season is a business decision we make. Once we establish our operating plan in the fall prior to a given season we do submit that plan to the FS for their review and approval. If we were to make a business decision to extend the season, we’d write a plan supplement for the FS.

When we write the operating plan and establish an ending date for the season, we look at a number of factors – primary among those is the level of visits we typically get in April. It isn't an issue of having enough snow; it is the visitation during the time of year. Our historic data on visitation in late March and April shows us time and again that the level of visitation is not enough for a sustainable operation. There is a point at which it is not fiscally viable to continue operations. We need a certain number of visits per week to justify the cost of the operation
Base area elevation 4,061'
Top elevation Cowboy Mountain 5,845'
Mill Valley base elevation 3,821'
1,800 vertical feet on three sides of two different mountains.
www.stevenspass.com 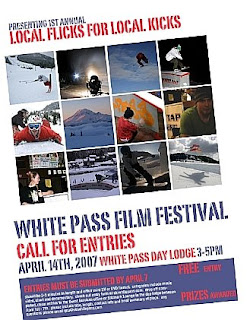 Film Festival Get it together! The 2nd Annual White Pass Film Festival aka Local Flicks for Local Kicks is April 12th! Showings will be at 3 and 4:30 in the Day Lodge! Check below for entry info:
NEWS
The Hogback Basin Proposal includes:

· Chairlift 5. Fixed grip quad chairlift approximately 3,500 feet in length with a top terminal elevation of 6,150’. Chairlift 5 would include 4 ski trails and one lodge access trail along with an access trail from the existing Holiday Trail and an egress trail to the existing Quail Trail.

· Chairlift 6. Detachable quad chairlift approximately 4,050 feet in length with a top terminal elevation of 6,460’. Chairlift 6 would include seven ski trails and an an egress trail to the mid-mountain lodge and onto the existing Quail Trail.

· Terrain. All developed and undeveloped trails and facilities are in a sub-alpine area of naturally open vegetative terrain necessitating very little tree removal and almost no ground disturbance.

· Mid-Mountain Lodge. The Mid-Mountain Lodge is proposed to be located on a slight ridgeline between chairlifts 5 & 6. This structure is a critical component in the development of this basin, by allowing the White Pass guest to enjoy the two upper chairlifts without returning to the base area for services. The footprint of the structure is planned to be approximately 2,000 sq. ft. with two levels. 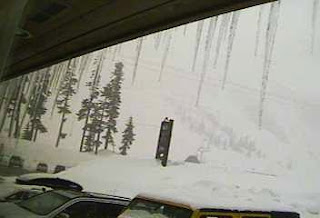 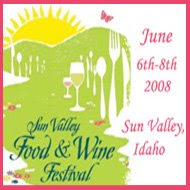 More than 20cm of fresh snow fell in the last week of the season with the Summit snow depth on closing day topping 150cm and the full 4000 feet of vertical open for skiing and riding.

Besides powder turns, one of the weekend’s highlights was the Slush Cup presented by Coca-Cola, Telus, and Kokanee. 22 competitors bravely entered, although it was local skier, Michael Brush, who ended the show with a splash, landing a perfect back flip to skim across the pond.

After a few sets by Mourning Wood on the Great Hall deck, the party kept going until the wee hours of the morning, with live music by Red Fish in the Crazyhorse and a D.J. dance party in the Copper Crown.

According to Panorama Marketing Manager, Marke Dickson, the winter season will be remembered for consistently good skiing and riding. “It’s hard to argue with long-time locals when they rank this past winter season up there with the best. Huge early season snowfall meant that Panorama opened with the most skiable terrain in the B.C. interior and 122 days later we were still taking powder turns in Taynton Bowl,” he said. “Many of our guests asked us to extend the season because of the fantastic snow.
CLOSED


***
POWDR CORP TO OFFSET 100 PERCENT OF POWER FROM RENEWABLE ENERGY SOURCES BEGINNING IN JUNE 2008
Park City, Utah (April 8, 2008) - Powdr Corp today announced that it will offset 100 percent of the grid supplied electricity consumed at its seven ski and snowboard resorts and one tubing park through the purchase of renewable energy credits (RECs) beginning in June 2008. Powdr Corp's purchase of nearly 50 million kWh of RECs is the second largest among the U.S. Environmental Protection Agency's (EPA) partners in the travel and leisure category.
"We are passionate about the snowsports industry and the quality of life it provides to our families, team members and guests," said Brent Giles, director of environmental affairs for Powdr Corp. "Our commitment to offset 100 percent of our resorts' power from renewable energy sources is another step in the right direction to sustain our mountain lifestyle for years to come."
Powdr Corp will work with Boulder, Colorado-based Renewable Choice Energy as its renewable energy provider. Renewable Choice Energy is an award-winning renewable energy and carbon offset provider of Green-e certified sources such as wind, biomass and small hydro. The EPA estimates that Powdr Corp's purchase of RECs will avoid over 85 million pounds of C02 emissions annually, which is equal to removing 8,539 passenger vehicles from the road or powering 6,175 average American homes for a year.
"Powdr Corp's extraordinary commitment will inspire other resorts to follow its lead," said Quayle Hodek, chief executive officer of Renewable Choice Energy. "Supporting renewable energy is a powerful way to fight climate change and make the air cleaner for everyone."
More than seventy percent of the United States' electricity comes from fossil fuels like burning coal and gas. Burning fossil fuels to generate electricity creates harmful greenhouse gasses that are emitted into the atmosphere, contributing to climate change. Wind-power generated electricity is renewable, sustainable, and does not produce environmental pollution.
"EPA applauds our partners for protecting the environment by purchasing green power," said Stephen L. Johnson, administrator for the Environmental Protection Agency. "By voluntarily shifting to renewable energy, Powdr Corporation is proving you don't need to wait for a signal in order to go green." The< purchase of renewable energy credits helps to put more clean power on line. Every renewable energy developer considers REC sales when deciding whether or not to build new facilities. Most importantly, RECs allow the government and consumers to place a positive value on renewable energy, making its production more financially competitive with electricity generated from fossil fuels. In turn, the purchase of RECs will make it easier for small businesses and individuals to take part in renewable energy for their own use.
Powdr Corp is committed to being an industry leader in environmental stewardship. In addition to the purchase of 100 percent renewable energy, Powdr Corp resorts are actively involved in environmental initiatives including energy reduction, the use of alternative fuels and recycling. These initiatives have offset Powdr Corp's carbon footprint by 92 percent.

***
NASTC
May 31 - Mt. Shasta Climb and Ski Adventure: Ever want to ski one of the most famous peaks in California? NASTC is running a guided 3-day expedition on Mt Shasta that involves climbing up to the Summit and skiing back down. Mt. Shasta is a volcano in the Cascade range and a perfect peak for both new and experienced mountaineers. The descent on skis is 4000ft. Space is limited, please call the NASTC office if you are interested 530.582.47.72

August 15-25 - Skiing in the Southern Hemisphere at Portillo, Chile: This one of the best and most popular trips on our calendar. We have been going to Portillo for 14yrs and love every minute we spend there. Portillo is an amazing place with spectacular Andean scenery and lots of charisma. The NASTC Portillo trip offers great terrain, warm hospitality, great camaraderie and lots of fun. A day at Portillo usually begins with a big breakfast in the dining room at our designated table, then outside for a morning of drills and lots of skiing. We ski back to the hotel for lunch and then back out onto the hill for more skiing and coaching. At the end of the ski day, we come back to the hotel and enjoy the Chilean tradition of "Onces" or afternoon tea followed by a tech talk and video analysis in the movie theatre. There is sometime to relax, enjoy the amenities of the hotel and have a cocktail before dinner is served. If you still have energy left, the disco is a popular place at nighttime. The time spentat
Portillo is truly magical and we know you will fall in love with it as we have. We are currently taking reservations if you are interested please call the NASTC office as soon as possible as space is limited. 530.582.47.72 www.skiNASTC.com


***
Jay Peak
JAY PEAK- Vermont
Today will be more or less a repeat of yesterday day only with slightly warmer temps and sunnier skies (if that's possible ;) This is spring skiing & riding at its finest most especially because we’re getting all the great weather WITH phenomenal conditions ‘cause we’re still skiing/riding a solid base. We’ll open today with all lifts (8) and on - once surfaces have had a chance to soften. 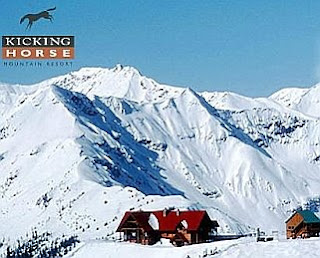 ***
Solden -Austria
Mountain peaks higher than 3,000 meters-
2 glacier ski areas at Rettenbach & Tiefenbach (OPEN ) snow making systems covering all slopes lower than 2,200 m.
BIG3
Sölden has the marvelous BIG 3 vantage points - Therefore it is Austria's only ski area with 3 mountains higher than 3,000 meters which are accessible by lifts or gondolas. And the » BIG 3 Rally ranks among the most beautfiul ski trails across the entire ski region, comprising also a visit to all BIG 3 platforms

New dimensions are added to the Obergurgl-Hochgurgl ski area, investing no less than 25 million Euros for three new single-rope mountain gondolas and a new restaurant on top of the Hohe Mut peak, plus a new ski run down from Hohe Mut
www.soelden.com/
***