Big White
Awesome snowfall, tons of great special events, lift and lodging specials – what other reasons do you need to come up to Big White and Silver Star Mountain Resorts. Right now, Silver Star has a 200 centimetre base, while Big White has zoomed past the 250 mark, with more snow on the way.
Saturday is the official opening of TELUS Park at Silver Star Mountain Resort, with a full day of action packed activities planned. For football fans, it's Super Bowl Sunday and both mountains have special events planned. A hearty welcome to our Seattle area guests – go Seahawks, go!
We'd like to extend a huge Big White welcome to the 750 Youth Group leaders and participants being hosted by Willow Park Baptist Church in Kelowna this weekend. They will be taking part in a wide variety of activities at Big White on Saturday. Finally, a note to our American guests – space at both mountains is selling out rapidly for the Presidents Week vacation period from February 17 - 23. Finalize your plans now!
EVENTS
TELUS Park Silver Star Grand Opening Saturday!
Forum Young Blood at Big White Saturday
Big White Super Demo Days: Feb 4 & 5
Super Bowl Sunday at Big White & Silver Star: Feb 5
Going Downhill Fast at Silver Star Mountain Resort
2-Up Tuesdays!
Silver Star
TELUS Park Silver Star Grand Opening Saturday! Silver Star Mountain Resort announces the Grand Opening of its own TELUS Park in 2 days!!! This Saturday is going to be an action packed day at Silver Star – with a Park Jam, Rail Jam, and Air Site demo featuring members of Silver Star's high-flying Freestyle Team! There will be t-shirts, MP3 and iPod giveaways, free hot chocolate rounds and hot dogs for everyone, and a rockin' fireworks display and torchlight parade at night. The action gets underway at 10:00 am with the official ribbon cutting ceremony, followed by a full day of special events. Big White / Silver Star 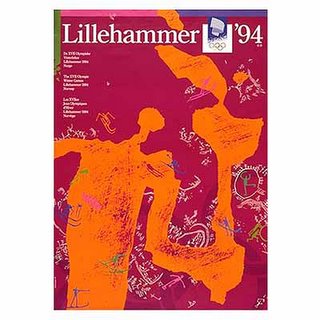 PHOTO: IOC Archives /IOC Museum Lasaunne
In 1986 the IOC voted to change the schedule of the Olympic Games so that the Summer and Winter Games would be held in different years. To adjust to this new schedule, the Lillehammer Games were held in 1994, the only time that two Games have been staged two years apart. The 1994 Games were extremely well organised and the Norwegian host' natural love of winter sports added a refreshing purity of spirit. Local hero Johann Koss won three speed skating events and set a world record in every one. Vreni Schneider won a complete set of medals in alpine skiing and Manuela Di Centa earned medals in all five cross-country events. Myriam Bedard won both women's individual biathlon races. Gustav Weder and Donat Acklin became the first repeat winners of the two-man bobsled. Pairs skaters Ekaterina Gordeeva and Sergei Grinkov returned to repeat their Olympic victory of 1988.
Participation:67 NOCs (Nations)
1,737 athletes (522 women, 1, 215 men)
61 events Today
Kvitfjell
Kvitfjell is not the largest ski destination in the world, but many people declare that it is one of the best. The reason is probably the variation of the slopes skiers will find here. For the youngest as well as for beginners we have small bunny hills and for the more advanced skiers we can offer steeper slopes where the skies really catches wind. Skiers at all levels will find their own challenge in Kvitfjell that is why so many ski enthusiasts return to our destination.
Quality is our motto. Everything that has been and is being build here in Kvitfjell is of the highest quality, and that includes the destination as a whole. More than NOK 200 millions has been invested into different projects, which results in that Kvitfjell is one of the most modern state-of-the-arch destinations in Norway. Kvitfjell is able to cover approximately 80% of all slopes with artificial snow and due to this we are one of the first destinations to open every year. Snow report
The weather today: Last updated: 07. Feb.
Snow -6.3°C og Light breeze (2.1 m/s) The weather the next few days >>>
The depths of snow middlestation: 90 cm
The depths of snow at the bottom: 45 cm
Last snowfall: 05.02.06 - 20 cm


TORINO OLYMPIC SKI-SNOWBOARD NEWS UPDATES Media must register to receive daily ski-snowboard news and updates TORINO (Feb. 7) -- 24-hour media Olympic media alerts are available from the U.S. Ski Team and U.S. Snowboarding. Media must register below to receive updates. Normal distribution lists will be used through Friday, Feb. 10. After that date, only media registering for specific Olympic alerts will receive them.
TORINO, Italy (Feb. 7) -- The U.S. Men's Alpine Ski Team press conference originally scheduled for 2:30 p.m. Tuesday has been moved to 1:00 p.m. due to a late change in the Team's processing schedule in Torino. The press conference will take place in Sala 500, downstairs in the Main Media Center in Torino. It will be followed by the women's moguls press conference at 2:00 p.m.
REVISED SCHEDULE - TUESDAY, Feb. 7
1:00 - 1:45 pm, Men's Alpine (Sala 500)
2:00 - 2:30 pm, Women's Moguls (Sala 500)

Snow Alert from the East to the West. Good conditions on first days of Febrary, but the temperature went up in the afternoon and very cold in the night. We wait the next falls of snow... Untitled_05 a French Winter Snow Movie Without Name
See you next week ! with good news i hope :)...Sylvain


***
Remarkables New Zeland
The Remarkables ski area in New Zealand is currently installing new state of the art snowmaking into its Sugar Bowl terrain ready for the southern hemisphere's 2006 winter. Earthworks have begun in preparation for the installation of the fully-automated snowmaking system.
The air/water system from Italian company TechnoAlpin will bring snowmaking onto the Castaway trail accessed by the Sugar Bowl quad chairlift. There will also be snowmaking at the top of the Superpipe and adjacent to the Terrain Park. From Patrick Thorne Snow365.com Snow365

***
Heavenly Valley
Presidents' Day Weekend is just around the corner and Heavenly's slopes are in prime shape! A string of recent storms has dumped over 11 feet of snow in 2006, with even more predicted for this weekend! Take advantage of the great conditions by reserving a mid-week Fun 101 Package for just $68 per person per day* through Feb 16

Any Mountain Bus Trips (Individuals & Groups) Heavenly has partnered with Any Mountain Sports & NAC Ski, LLC to provide skiers and riders with an easy and value-oriented way to get from the Bay Area to our slopes for the day. Trips are scheduled for most Saturdays from the beginning of February to the end of the season and depart from select Bay Area Any Mountain Sports stores. Round trip bus fare is just $38 and discounted lift tickets and rental packages are also available. Register here
NAC SKI -TO HEavenly

Heavenly is now home to the West Coast’s biggest Superpipe! Located off of Canyon Express, the High Roller Superpipe is cut by one of only two 22-foot Zaugg Pipe Monsters in North America. Our Superpipe lives up to the High Roller name with walls higher than X-Games and Olympic-sized halfpipes! If you’re not quite ready to hit the Superpipe’s mega 22+ foot walls, an 8-foot minipipe will be coming soon
With 4,800 acres, we are one of North America's largest mountains. At over 10,000 feet, we are Tahoe's highest. Our 3,500 foot vertical is unmatched on the West Coast. And our average annual snowfall is a formidable 360 inches. And just in case that's not enough for you, we have one of the largest snowmaking systems on the continent at the ready, covering 70% of the mountain.
Let's talk terrain. Put simply, we've got it all, from breezy blue squares to hair-raising black diamonds. There's no better tree skiing on earth. And experts will have a field day at Mott and Killebrew canyons.
Heavenly Valley